A collection of cups, coffee mugs, beer bottles, wine glasses, and other drinking vessels of artists. The project began in Los Angeles, 1995. It has continued in other cities where Ericksen and Rogers have lived, including London and New York, and has also involved the acquisition of cups in other cities in the U.S., Europe, and Asia to which they have traveled for art exhibitions. Cups have been collected during studio visits, lectures, openings, dinners, and parties. Each cup is labeled with the artist’s name, date, and event location. Cups are often collected without the artists’ knowledge. Artists’ cups in the collection, which now numbers approximately nearly 1500, include those that once were used by Sol Lewitt, Charlie Ray, Alan Kaprow, James Turrell, Tracey Emin, Julian Schnabel, Dan Graham, John Baldessari, Raymond Pettibon, Vanessa Beecroft, Roni Horn, Haim Steinbach, Julian Schnabel, Mike Kelley, Lari Pittman, Christian Marclay, Vito Acconci, James Rosenquist, Rirkrit Tiravanija, Victor Burgin, Hermann Nitsch, William Kentridge, and others. Equally important to the collection are the vessels of artists of less reknown. In formal terms, the field of cups reveal a variety of sizes, styles, and colors. The cups are also a symbol of the thinking process of art making. And they are very much a material part of the social aspects of the art business. The cups are not cleaned. 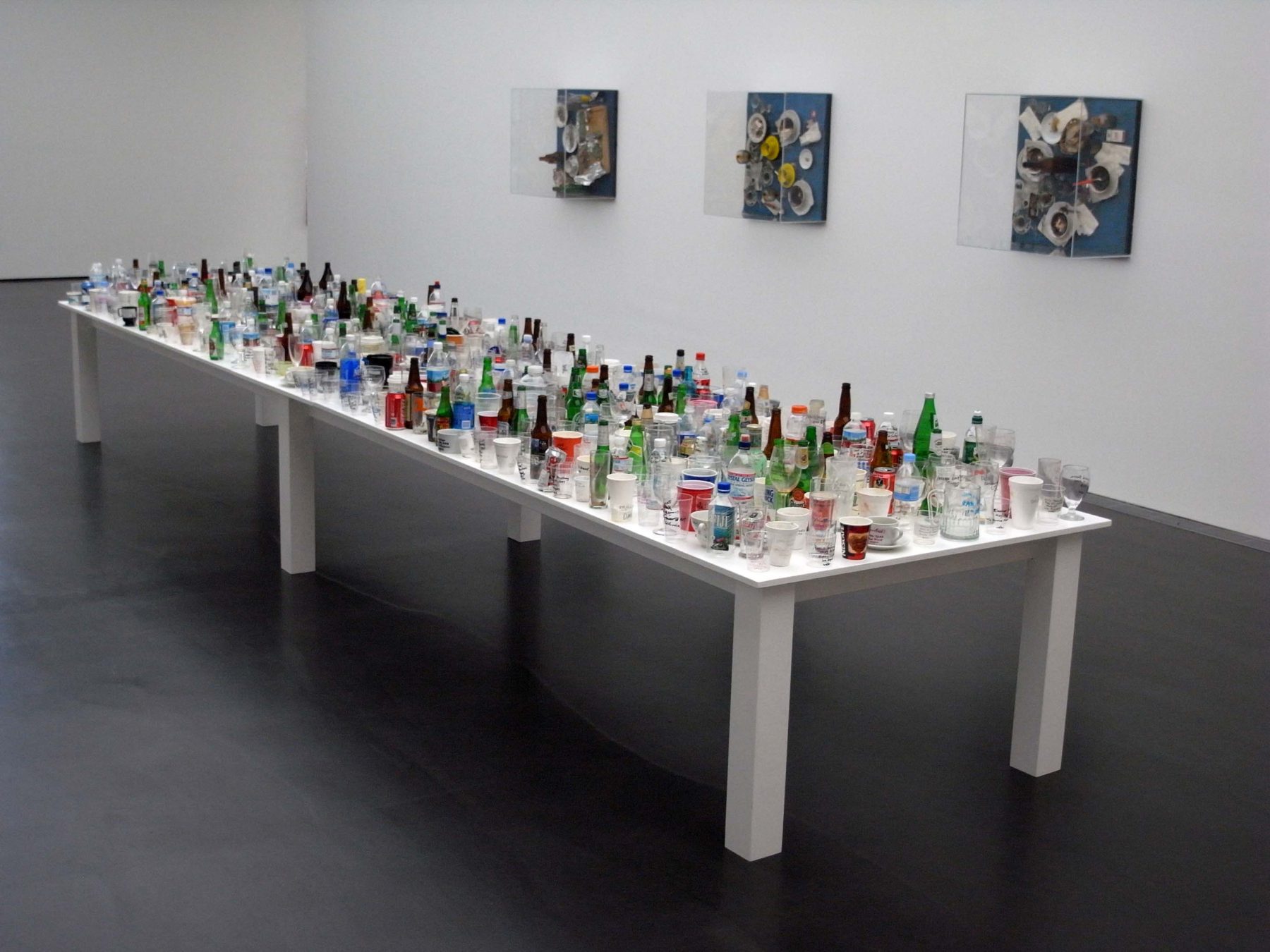 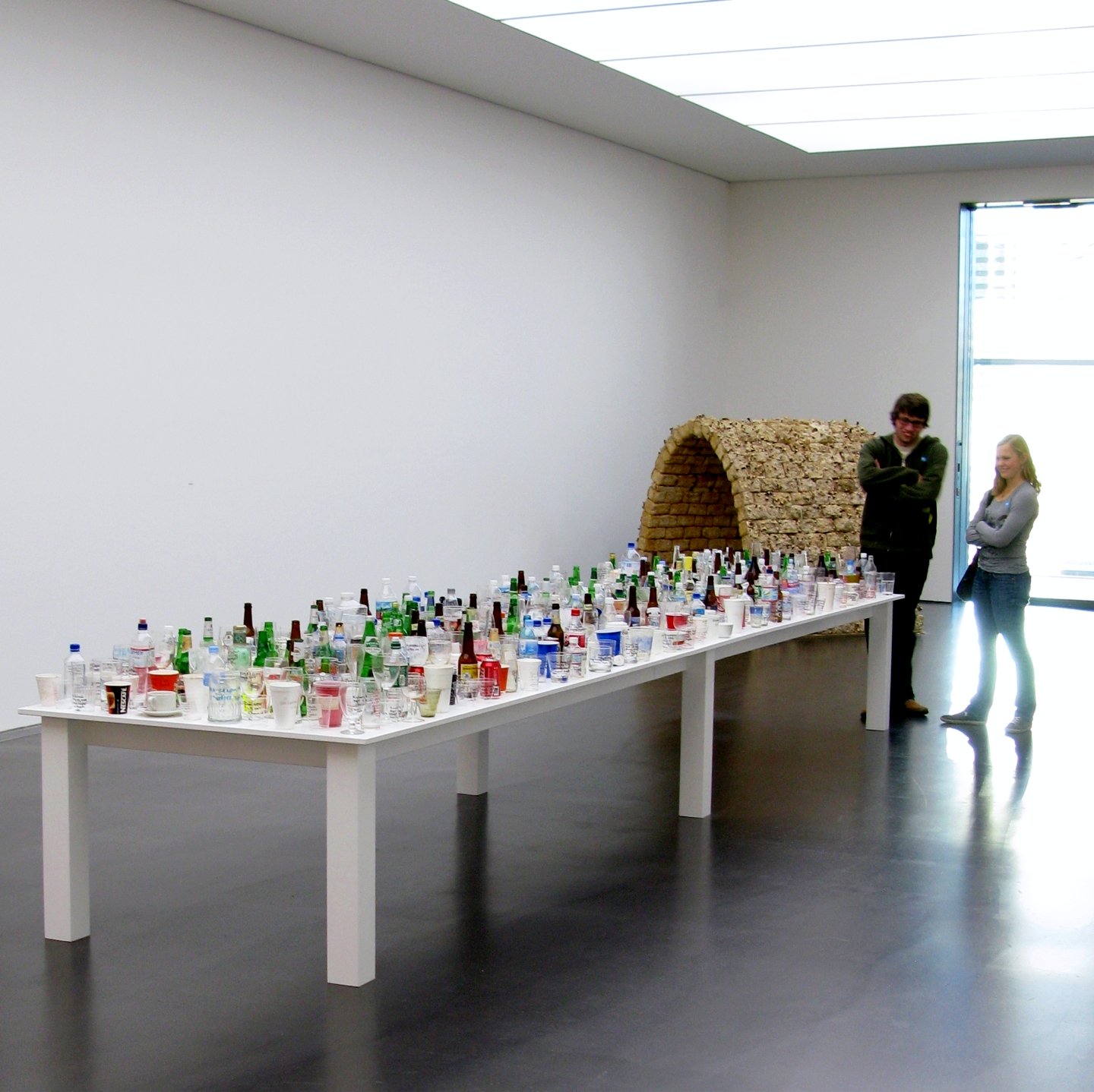 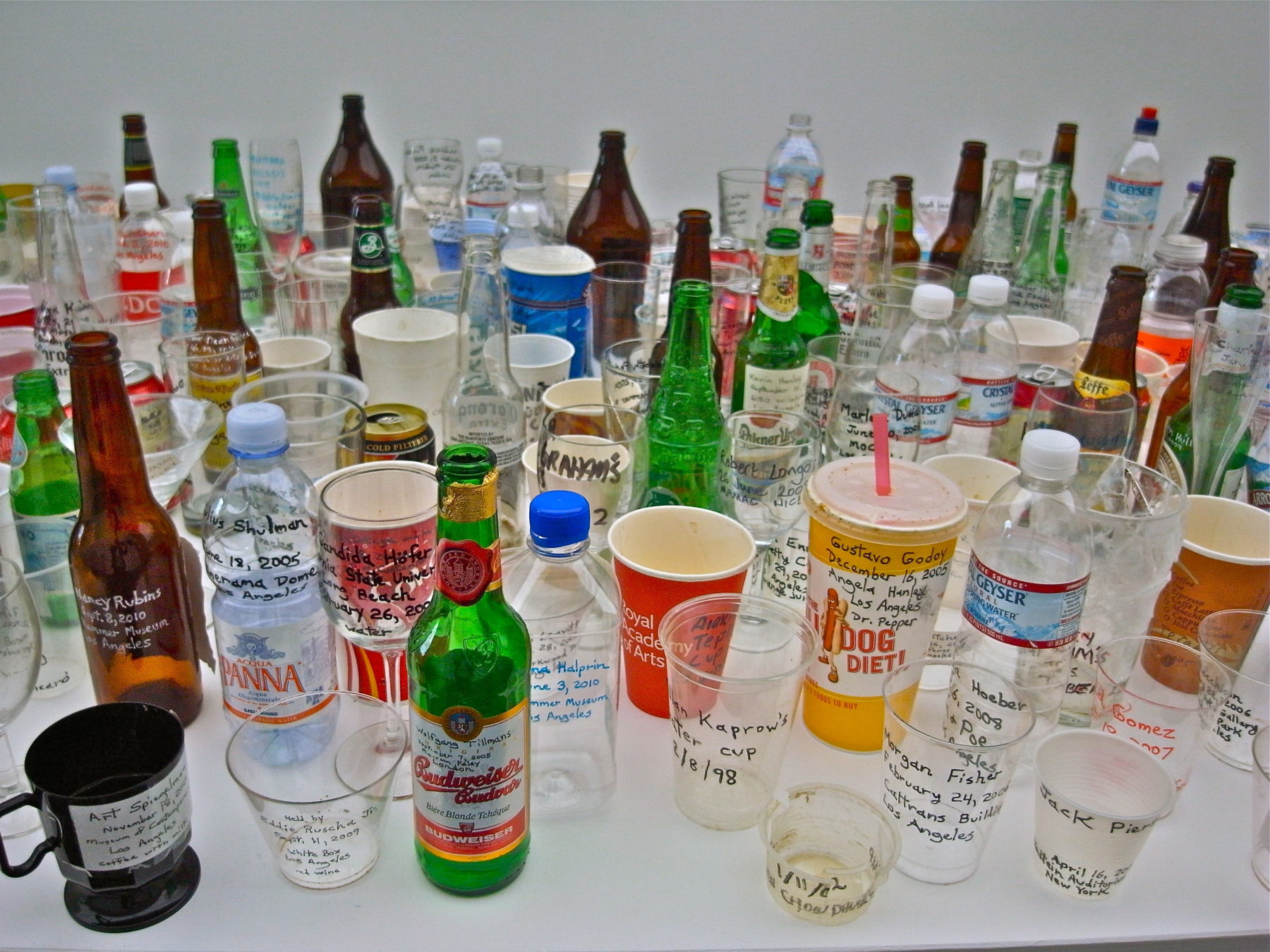 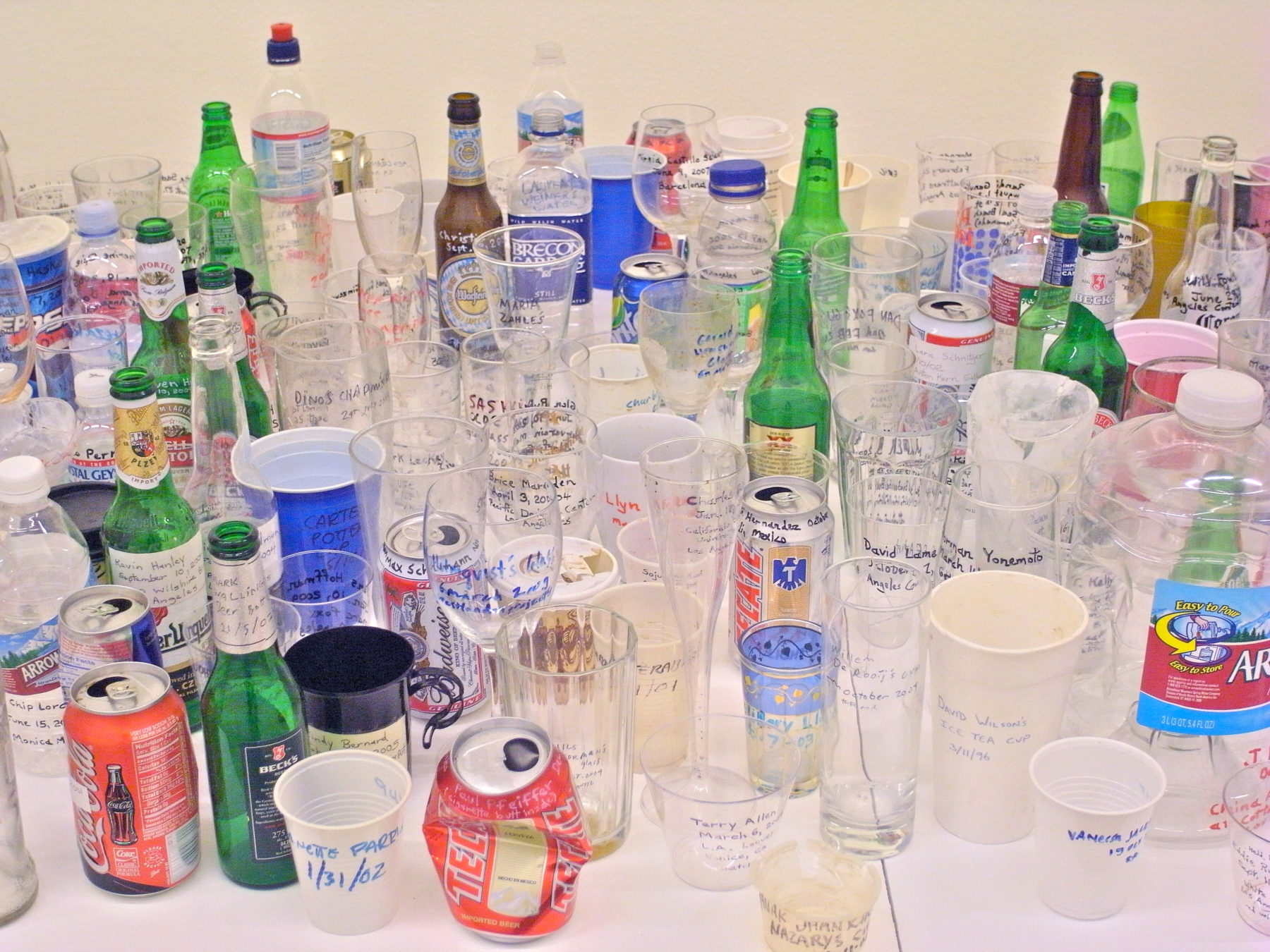 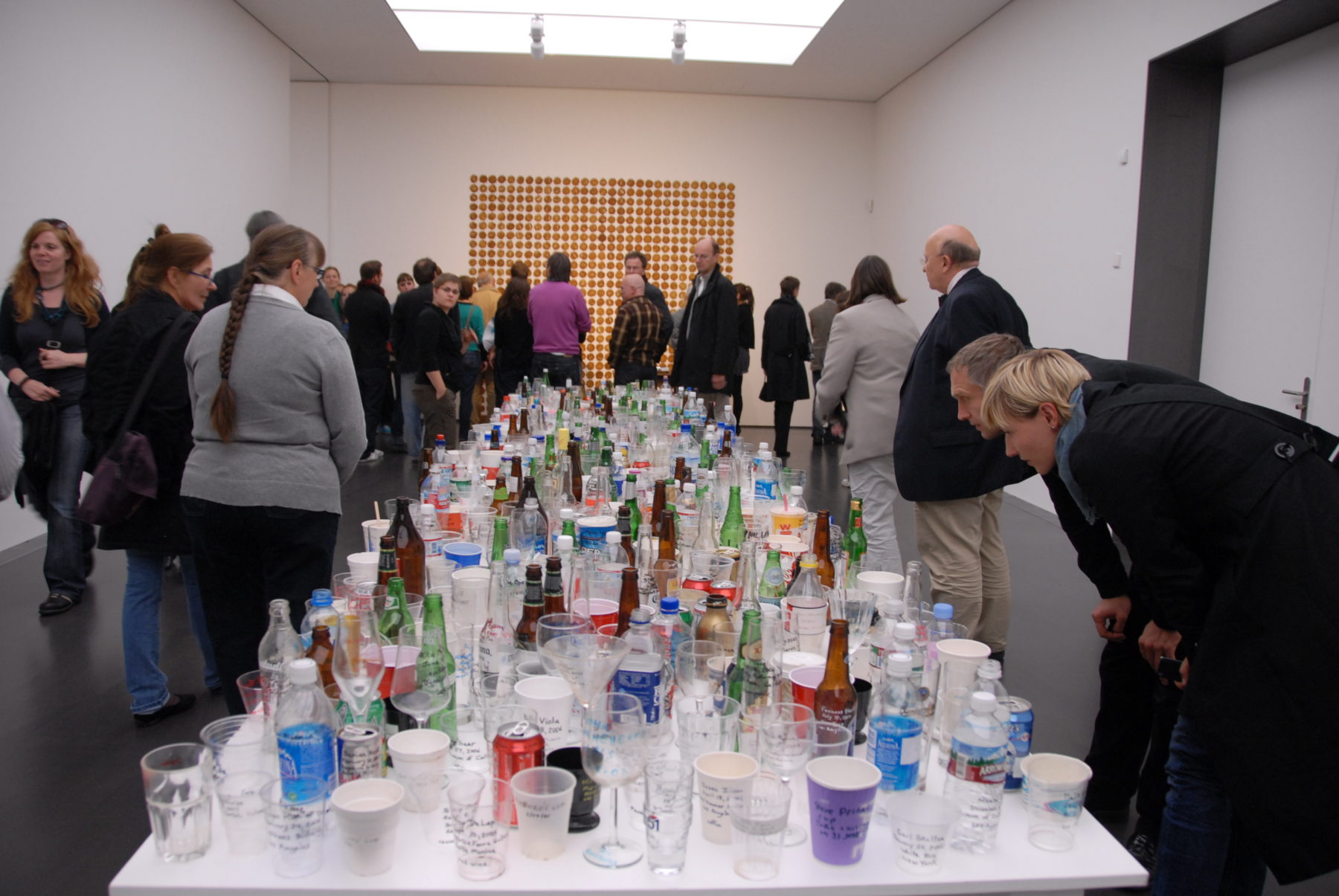 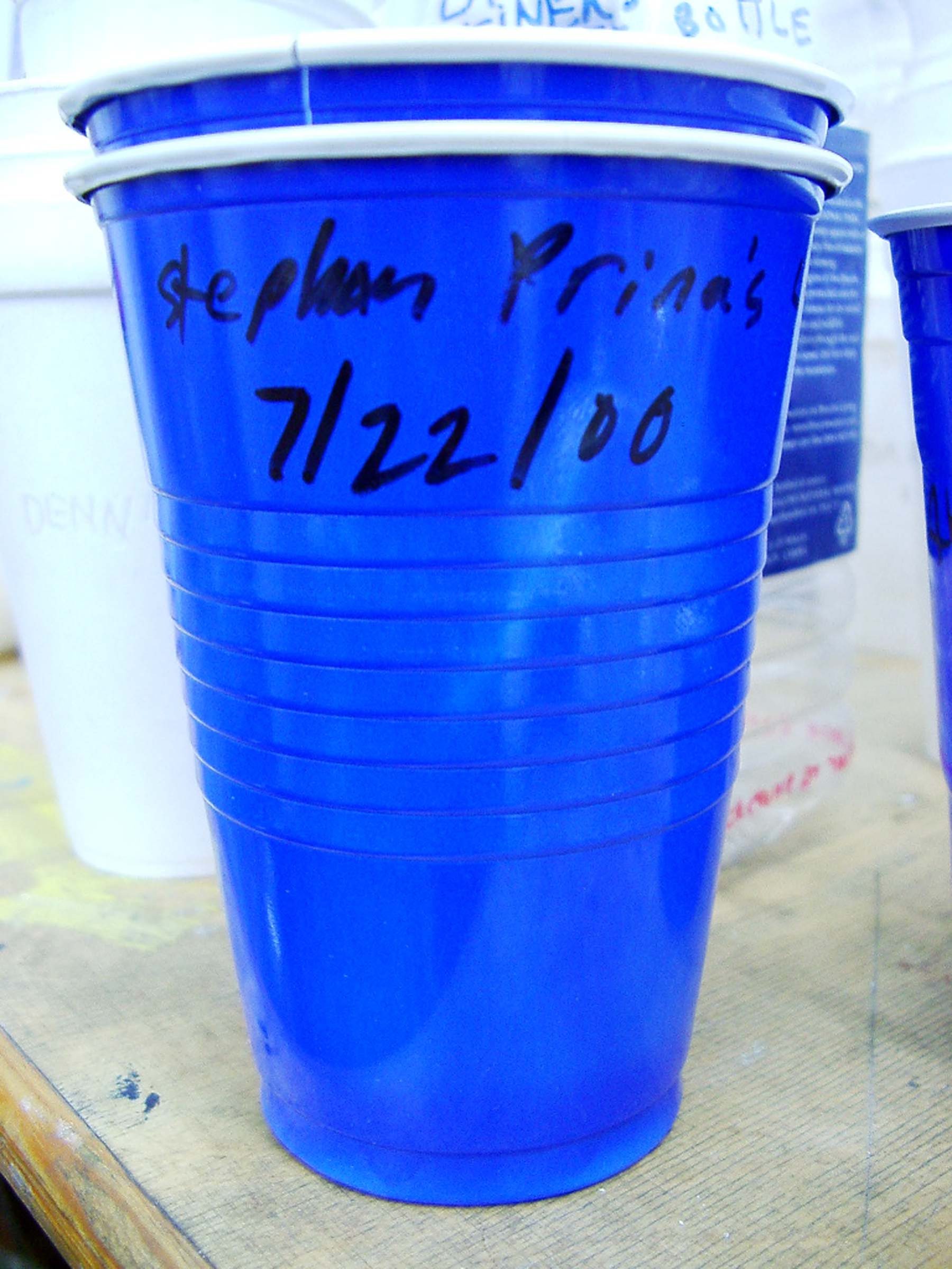 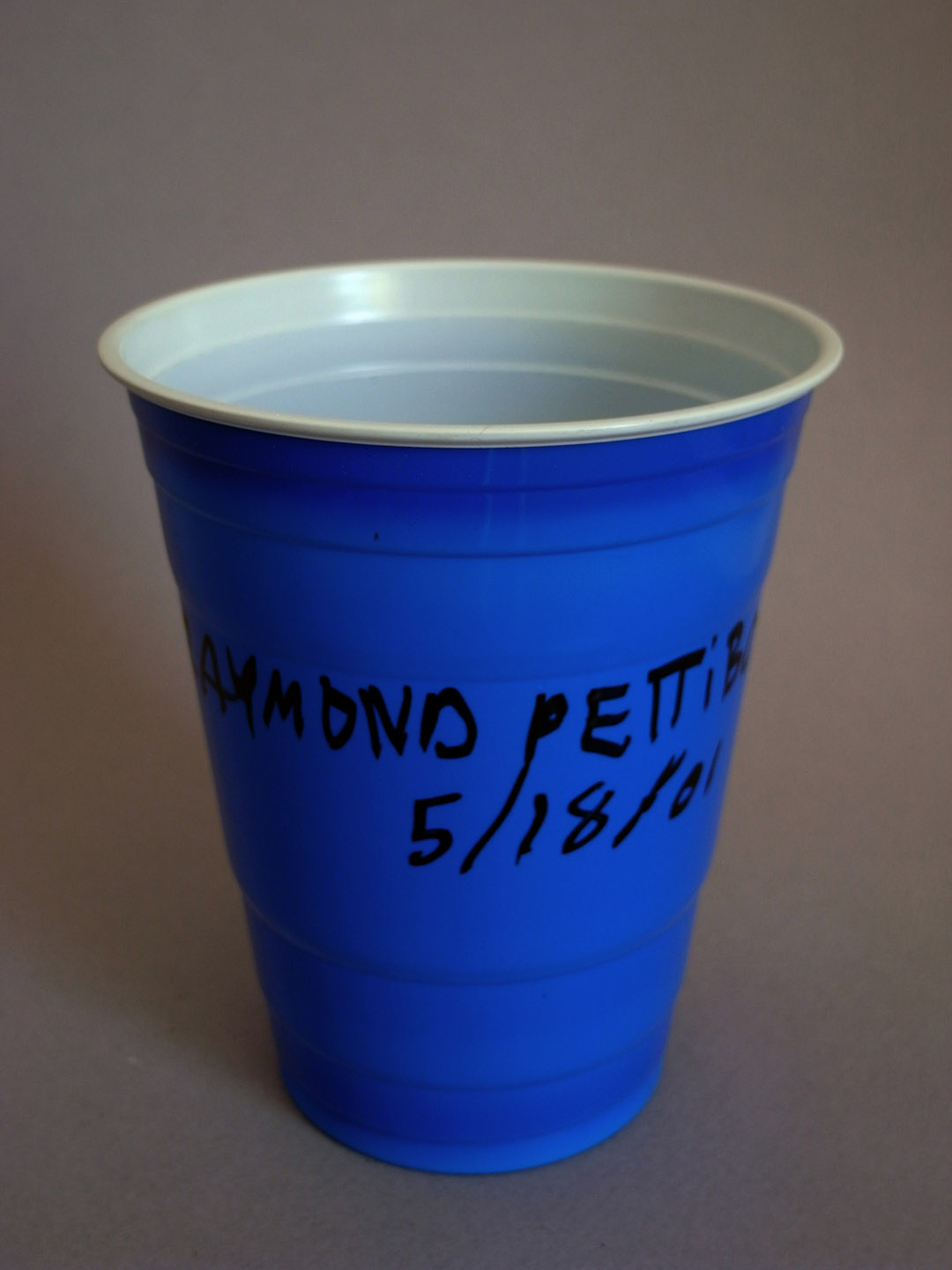 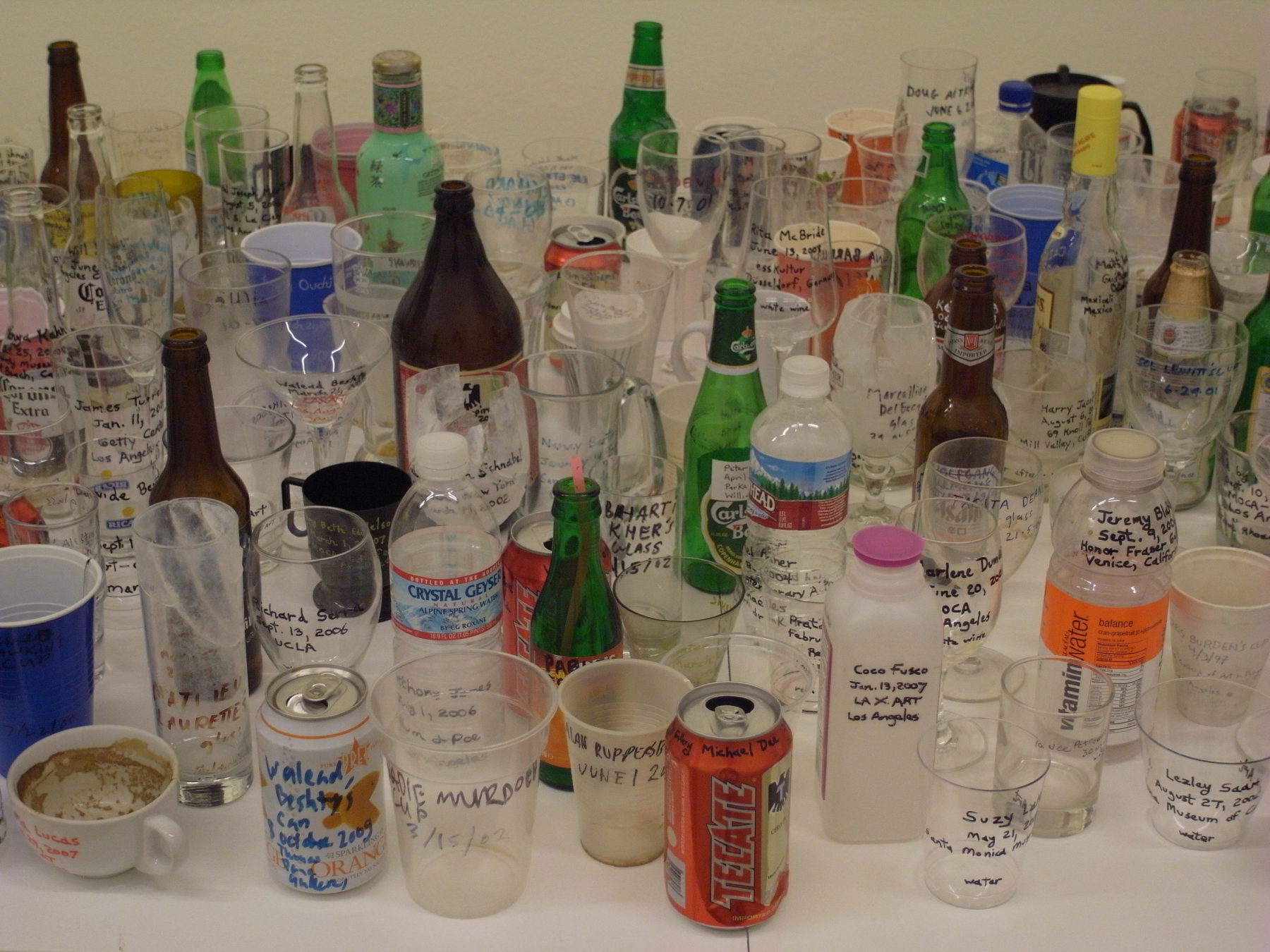 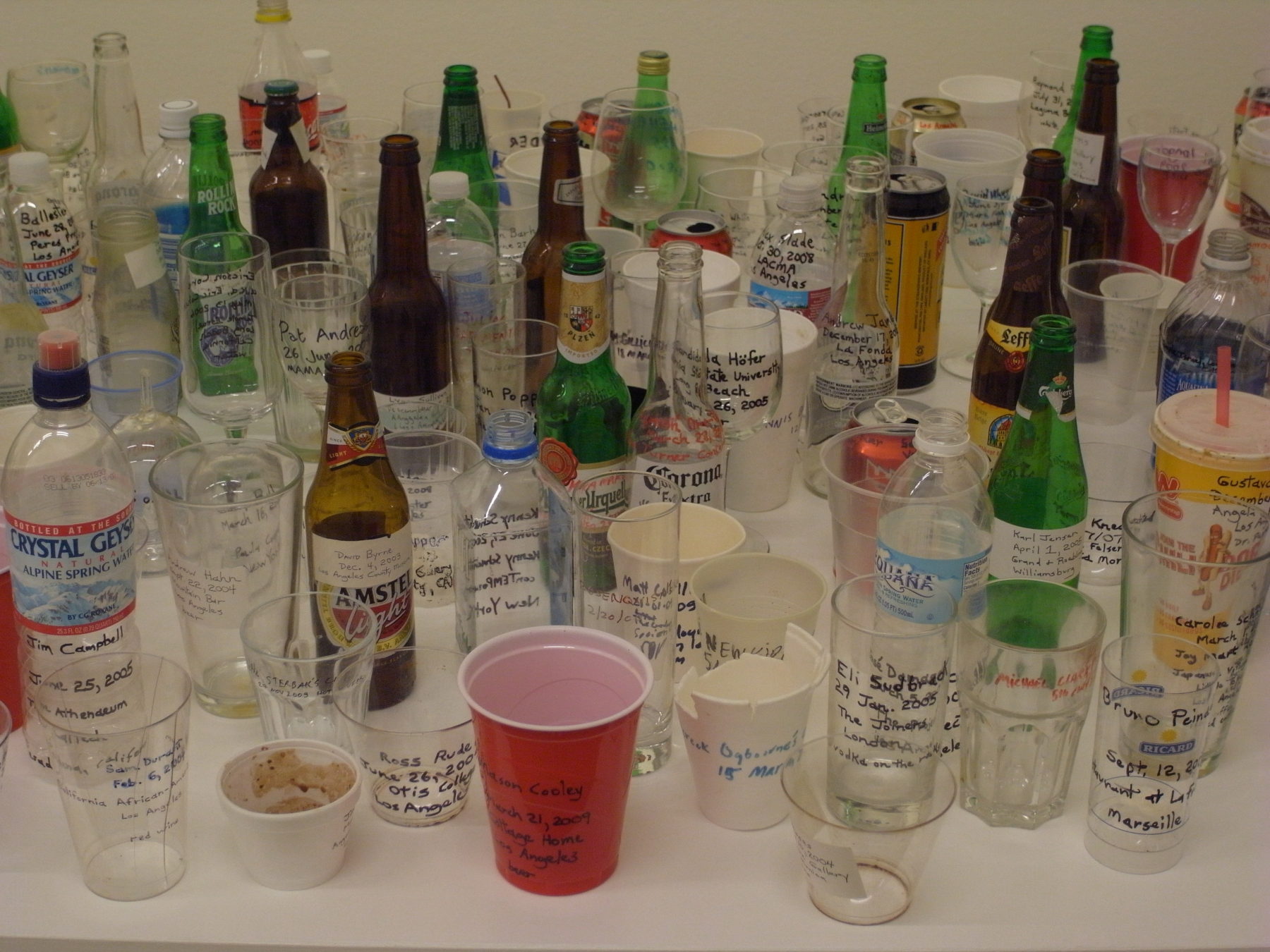 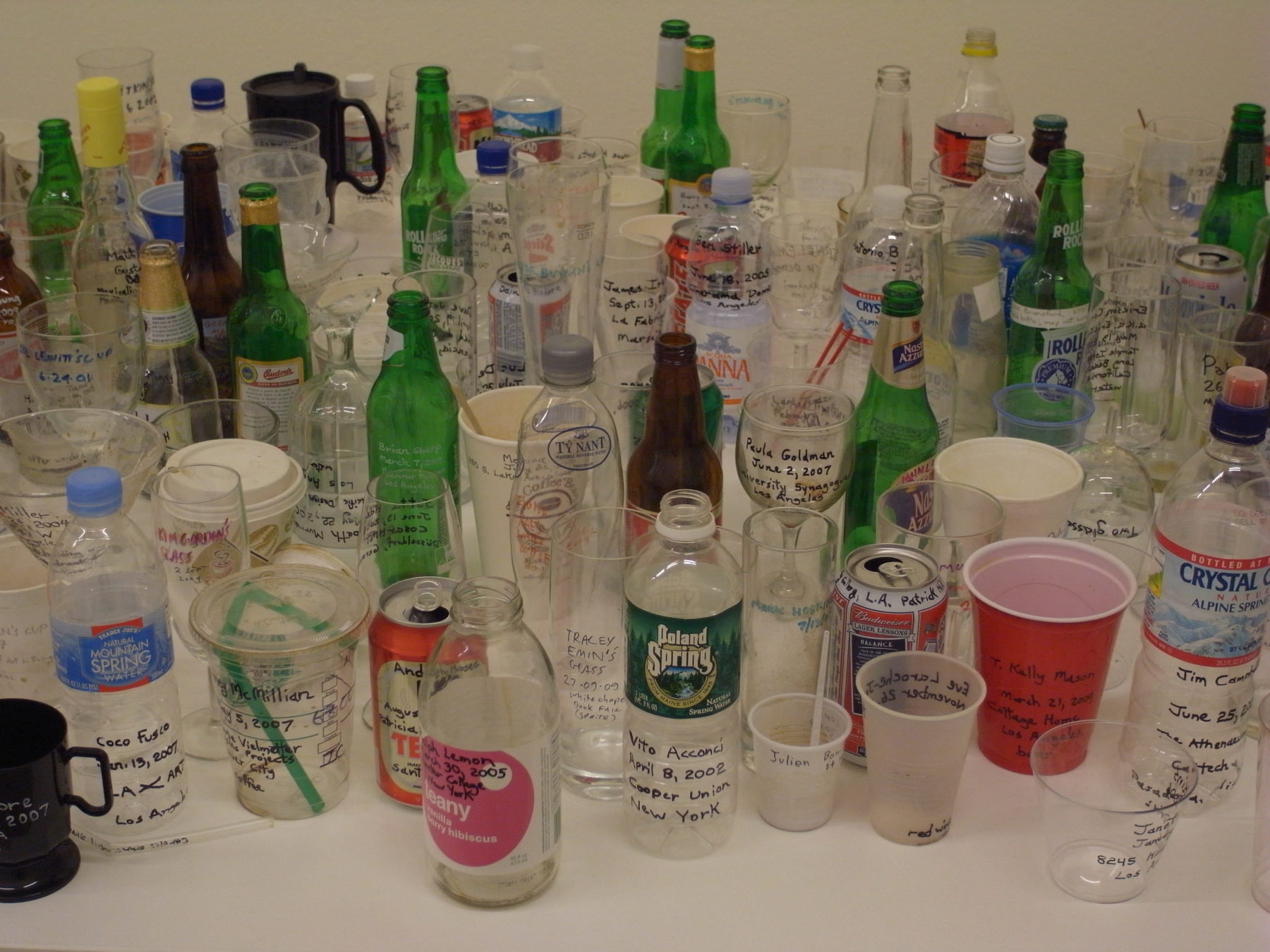 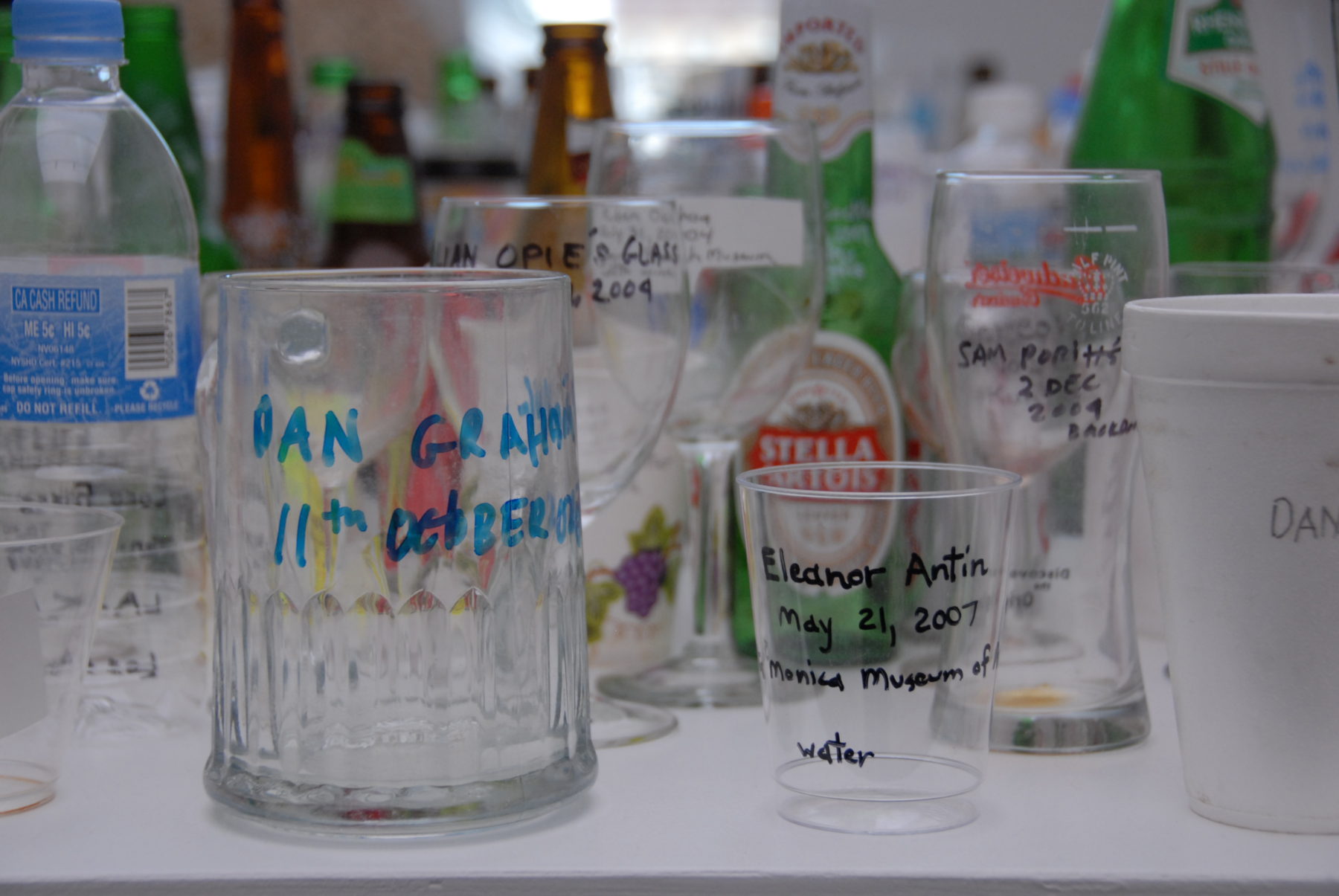 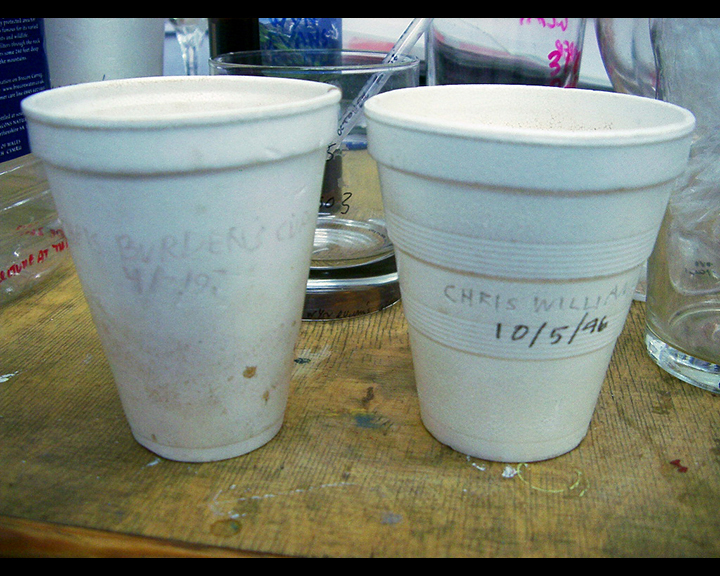 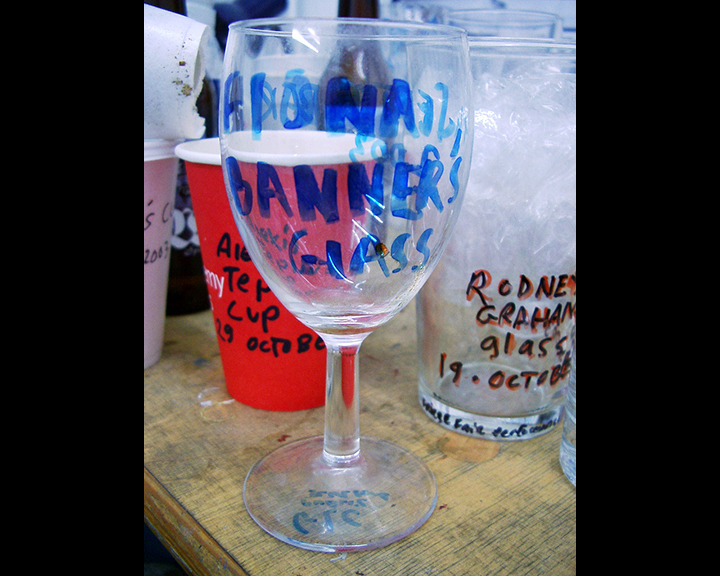